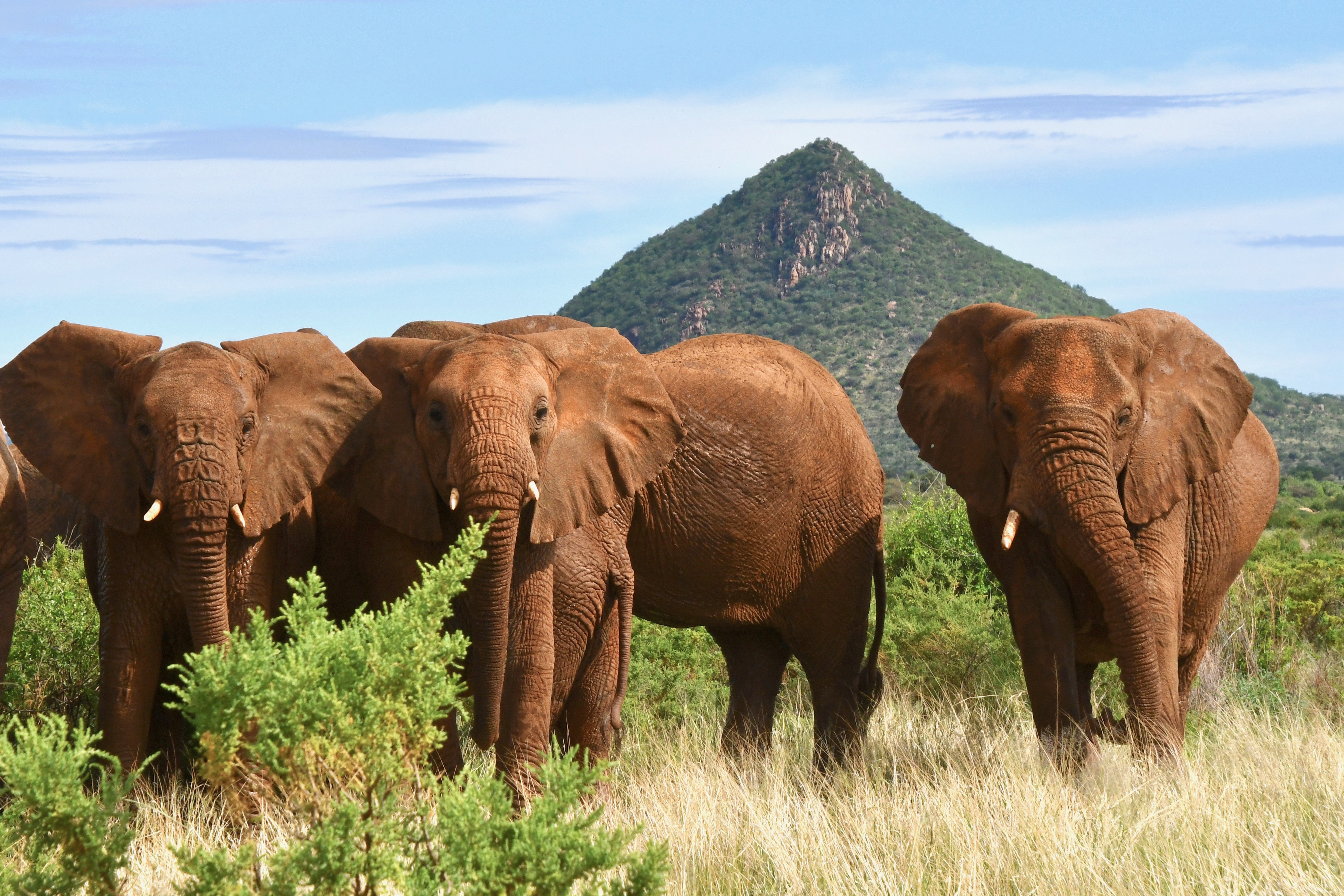 What does it take to save an elephant? It’s a difficult answer. But while complex, what we do know is that we all have an impact.

Save the Elephants organization based in the Samburu region of Kenya has been working “to secure a future for elephants” for decades. In Samburu alone, they know the histories, family relationships and movements of nearly 1000 elephants. It’s one of my favorite places in the world. Being able to watch the red earth colored giants, led by the most experienced female, the family matriarch, is the most incredible privilege. On my last trip, I was watching a large group of elephants coming together to journey down to the Ewaso Nyiro river, an amazing spectacle of movement, beauty and behavior when loud, frantic trumpeting was heard coming straight at us. Two females, who had been ahead of the group by a couple hundred yards, were running full speed back towards the group, shrieking at the top of their lungs. All of a sudden, a small calf came out from the middle of the large group, screaming as well, running towards the two females. Soon reunited, everything calmed down quickly – but as a woman, I totally related to the feeling of panic when discovering that your precious little one is missing!

I also visited the research camp of Save The Elephants and was provided insight into how they know so much about the elephants they study. One amazing example of technology applied, in partnership with Google Earth, shows little red and blue colored elephant icons on a computer screen representing the movements of particular animals collared with a GPS tracking device. Researchers can follow elephants wherever they roam and see how they utilize landscapes, determining important corridors and potential areas of conflict. Elephants in most places around the world need to adjust to human presence in the ecosystem, now more than ever, with growing human populations, escalating agricultural areas, increasingly large and more developed villages and towns interconnected by wider roads and associated traffic. How’s an elephant to survive? They’re smart, adaptable and resilient.

One of the scientists from Save the Elephants showed on the screen how the elephants have learned to navigate, as safely as possible, areas of high human presence and potential trouble – they streak! Unless elephants sense a threat (or during high excitement), they rarely run, choosing instead to take their time, eating, dust or mud bathing and interacting socially along their way. But when they reach a boundary with danger ahead, they will linger, wait until nightfall, then streak quickly, without stopping, until they have reached the other side of the unsafe area. Understanding, planning, strategy and implementation – it's all there.

Threats however, for elephants and most other animals on Earth have become overwhelming. Elephants in particular are hunted down with everything from poisoned spears to modern equipment and methods of warfare – machine guns, helicopters, night vision scopes and sophisticated, organized logistics – all for their tusks; ivory to turn into decoration, jewelry, baubles and other needless things. It has been documented that up to 30,000 elephants a year have been brutally killed for those two teeth. Other animals are desired for their skin, scales, claws, horn – you name it – there’s a market for it – often illegal.

What can we do? First, don’t buy wildlife. You’d be surprised how many innocuous ways wildlife is sold, from medicines, to pets, to clothing and art, legal and illegal are mostly indistinguishable, no matter what the species. Second, look for sustainable certifications when you do buy – this is a great way to promote healthy environments for both wildlife and humans: Forest Stewardship Council (FSC) for wood and paper products, Smithsonian for shade grown coffee, Marine Stewardship Council (MSC) for fisheries. Third, be sure to ask your travel provider if your travel dollars make a positive difference for the environment and communities you plan to visit. Finally, support your favorite species by donating directly to organizations working to protect them.

Want to make a donation?

You can make a difference